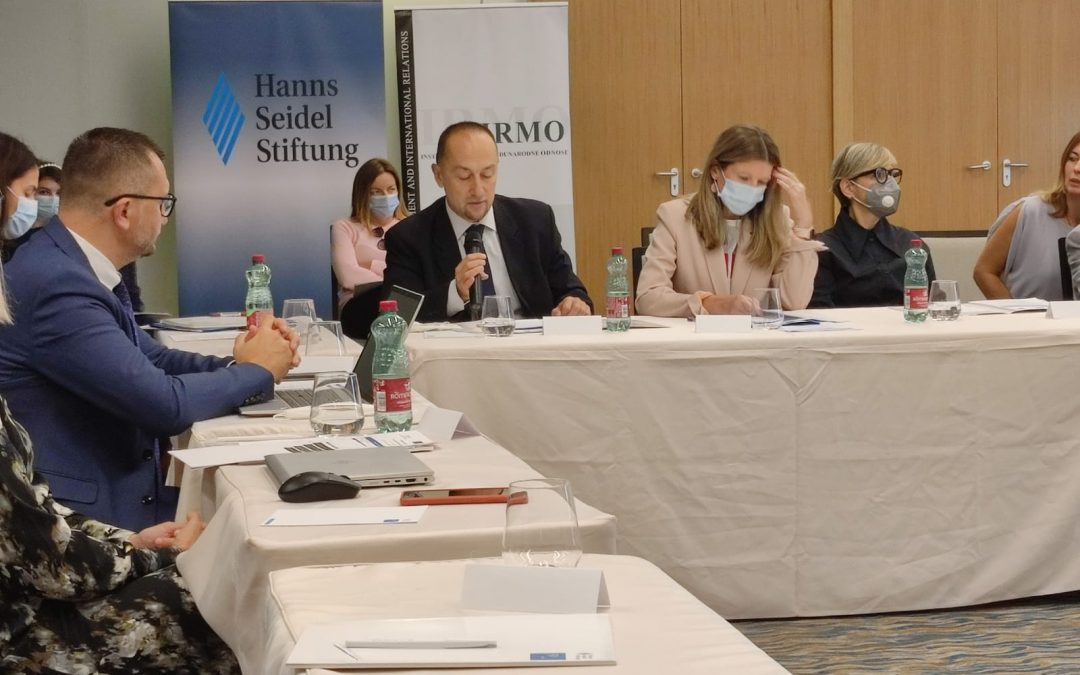 Sandro Knezović, Ph.D., participated at the conference “Future of Europe: Challenges of Preserving Fundamental Principles”, organized by the Institute for Development and International Relations and Zagreb office of the Hanns-Seidel-Stiftung, held in Opatija, Croatia, on the 20th and 21st September 2021.

Attendees at the conference discussed challenges facing the European Union and its role in the international arena. In the focus were promotion of the European values in the EU and the rest of the world, migrations, and the rule of law as challenges for the EU in the 21st century. On behalf of IRMO, the meeting was also attended by Hrvoje Butković, PhD, who gave a presentation on the democratic deficit of the EU in the current crisis circumstances. Other participants at the conference were representatives of the Croatian academic community, Croatian representatives in the EU institutions, representatives of the European Commission office in Zagreb, and students from the Universities of Osijek, Zagreb and Rijeka.