THE MIGRATION CONFERENCE 2017 Common European Solutions for Migration and Refugees 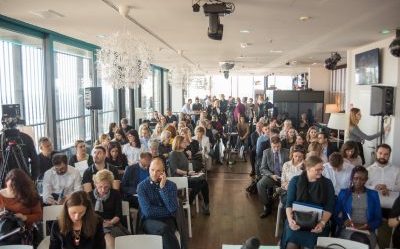 Friedrich Ebert Foundation office in Croatia in cooperation with the Canadian Embassy and the Institute for Development and International Relations organized a conference entitled ‘Common European Solutions for Migration and Refugees’ in Zagreb. The conference was opened with the welcoming remarks of Max Brändle, Director of Friedrich Ebert Foundation in Croatia and H.E. Mr. Daniel Maksymiuk, Ambassador of Canada. A keynote address was given by Lloyd Axworthy, Chair of the World Refugee Council and a former Minister of Foreign Affairs of Canada.  This was followed by a panel discussion „How to deal with legal migration in the European Union“ in which Ranko Ostojić, a former Minister of Internal Affairs of Croatia and Dr. Neža Kogovšek Šalamon, Director of The Peace Institute – Institute for Contemporary Social and Political Studies from Slovenia took part.

The second panel started with a keynote address from Senada Šelo Šabić, a senior research associate from IRMO and the author of an analysis „The Relocation of Refugees in the European Union: Implementation of Solidarity and Fear“. This was followed by a panel discussion „How do things look from the Hungarian, German and Croatian perspective?“ Senada Šelo Šabić moderated the discussion at which András Kováts from the Institute for Minority Studies of the Hungarian Academy of Science, Verena Schulze Palstring from the Institute for Migration Researh and Intercultural Studies at the University Osnabrück in Germany and Sara Kekuš from the Center for Peace Studies in Zagreb took part. The panel ended with a dynamic Q&A session.