The study ‘At the Gate of Europe: a Report on Refugees on the Western Balkan Route’ 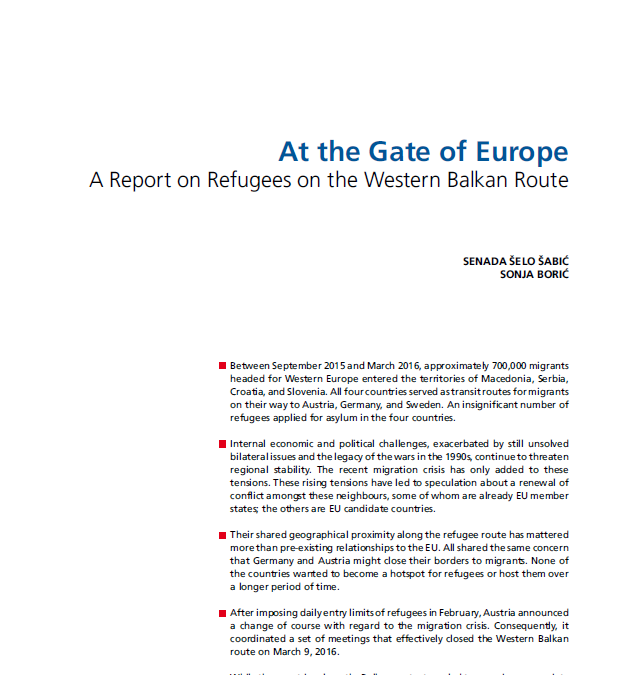 In the period between September 2015 and March 2016 Croatia was faced with a refugee crisis during which over 700 000 people passed through its territory on their way to Western Europe. Croatia was just one of the transit countries on the so called Balkan route. This study, authored by Senada Šelo Šabić and Sonja Borić, presents an analysis of the situation in the four countries along the route: Macedonia, Serbia, Croatia and Slovenia, taking into account the wider European context. The analysis of each country includes an overview of procedural solutions, relevant legislative framework, political discourse, media reports and the role of the civil society in the crisis.

Study: At the Gate of Europe: a Report on Refugees on the Western Balkan Route