International Conference The Future of Europe: The Role of the EU in the World – Southeast Europe: Competing Visions, Competing Interests 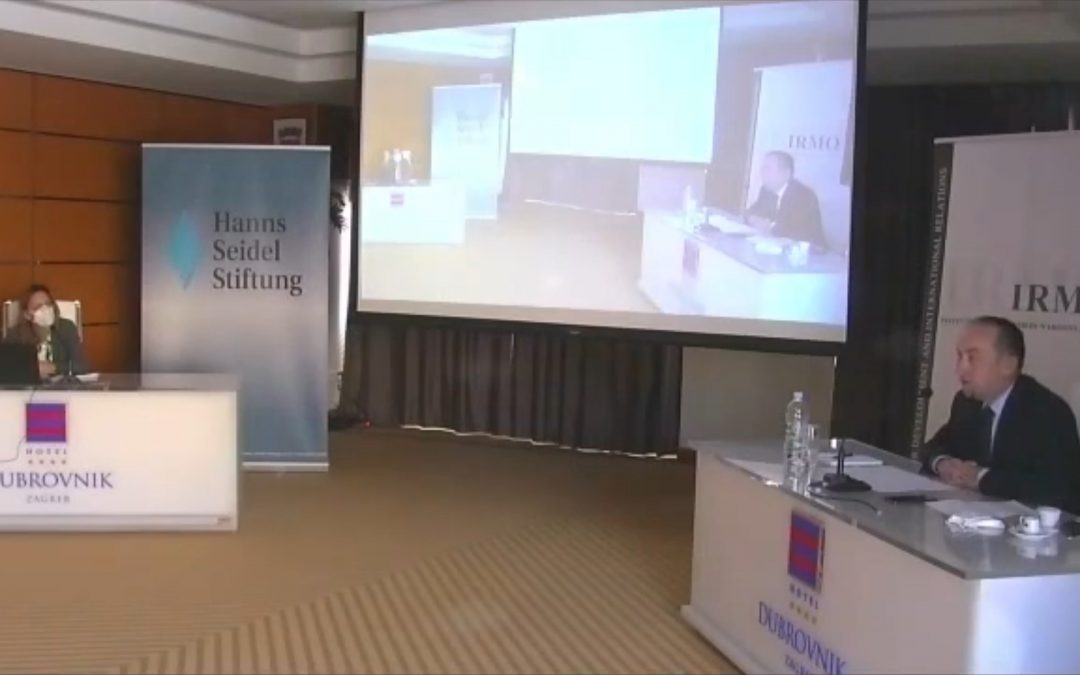 The Institute for Development and International Relations, in co-operation with the Zagreb Office of the Hanns Seidel Stiftung, organised a conference entitled ‘The Future of Europe: The Role of the EU in the World – Southeast Europe: Competing Visions, Competing Interests’ on Thursday, 22nd April 2021. It was organised in a hybrid way, with only few speakers present in person (Hotel Dubrovnik, Zagreb), while all others were participating in an electronic way due to COVID-19 related epidemic restrictions.

The conference represents a continuation of dedication of IRMO and HSSt to the integration of the Western Balkans into the EU and in particular to the role of independent think tanks in that process. One year ago, in the period of Croatian EU Council Presidency, the two institutions have launched this initiative which resulted in drafting of the resolution in support of further EU enlargement process in the Western Balkans signed by representatives of think-tanks from all countries in the region. The declaration was presented at the event in Zagreb and handed over to a Croatian MEP in order to secure that the main messages of this regional endeavour reach EU institutions in Brussels. The event in 2021 was organised to analyse the development in 12 months period and provide implementable solutions for the period to come.

The debate gathered representatives of international organisations, academic community, civil society and diplomatic community. A rich and interactive debate was focused on the role of different actors in the geostrategic landscape of the region and the way it affects the current pace of the EU accession process.