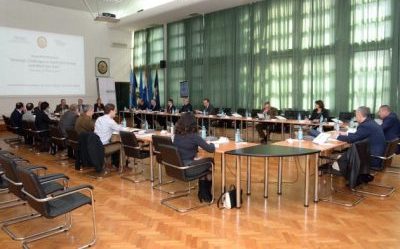 Institute for Development and International Relation has organized a round table “Strategic challenges in Southeast Europe and the Black Sea area” in cooperation with its partners – Croatian Defense Academy “Dr. Franjo Tuđman” and the New Strategy Centre from Bucharest.

One of the most important topics was the impact of the external actors on stability and security in the Southeast Europe and the Black Sea area with the accent on growing influence of Russia, Turkey and China. It was pointed out that European Union still has the most significant role in the regions, but with arising challenges a redefined strategy of the EU towards the Western Balkan region and Russian Federation is needed. Furthermore, an important topic was energy security and the impact of energy sector on further development in countries of both regions, where foreign investments and modernization have crucial roles.